Looking back, Rie Sakito – part of i-PRO’s Technology Partner Development Department in the Security & Safety Camera Products Division – says it was the 11 years she spent high diving throughout her school days in the south of Japan that first nurtured her skills in leadership. After studying image recognition at university, she decided she wanted to work with cameras and imaging – and to find a job she enjoyed. It hasn’t always been smooth sailing, Sakito says with a smile. She tells us about the ups and downs she’s navigated in her first five years at i-PRO.

From Idea to Product, Listening to Users at Every Step

Tell us about what you’ve been doing since joining i-PRO.

I've changed departments and roles a few times in a relatively short period of time. When I joined the company in 2016, I was first assigned to the Advanced Development Department. I was in charge of system testing: I ran preliminary checks on the apps and technologies that were due to be installed in cameras. I was on a team with people in charge of software as well as people in charge of electronics and engineering, so I got to be part of a lot of specialized discussions. We even went to a trade fair together, which was a great experience for a new employee.

Two years later, I was transferred to the Product Development Department. This was right at the time when the company was preparing to incorporate the technology that I had been working on into our products, so the developers on my team were transferred with me.

The technology in question detects where cars are from a video, then uses a computer to recognize what shape and color they are. While we were working to put it into a commercial product, we listened to what our customers thought and used it to figure out everything from what it should look like to how it could be used. These days we mainly work on upgrading existing products and don’t get many chances to launch something completely new, so looking back now, that was an important experience for me.

This was around the time when you were first sent overseas on business, right?

Yes, I went to Australia for a week. It was a trip to provide technical coordination and support to a customer there who was planning to demo i-PRO products. When I got there and actually saw the set-up in the field, I got a bit of a surprise. Sitting at my desk, I thought the product had been fully optimized, but out in ‘real life’ it seemed to me that some of the procedures were redundant, and I noticed that the on-screen text was too small. The people handling installation and some of the sales team gave me some pointers on how things could be improved too. That trip was a major learning curve for me in many ways.

In the four years since I joined the company, I’ve been able to witness a technology come into being, to see that technology become a product, and to see the faces of the customers who actually use that product. That’s really been a valuable experience that I can put to use in my work going forward.

What Was the Turning Point in the ICV Project? 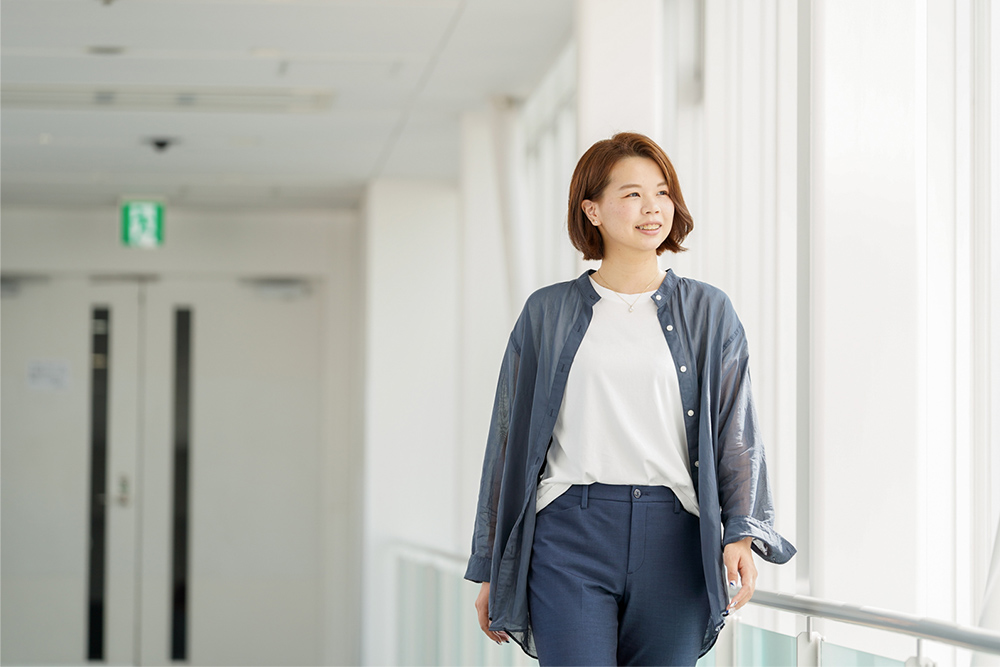 Tell us about the team that you were assigned to in 2020.

The ICV [in-car video] Project Team is a team that develops wearable cameras used by police in North America. Because I had previously helped define some of the specifications, once I transferred I was able to get fully involved.

When I was coming up with the specifications I was thinking in general terms, but now that we’ve decided that police officers are our customers, the requirements have become pretty specific. There are issues unique to wearable cameras, like how easy it is to press the buttons, how to deal with vibration, what to do when a police officer who’s got a camera on has to go to the bathroom… It was a new product and there was a lot of stuff I didn’t understand, so it was a tough task.

It was your first time as a software leader. What kind of challenges did you face?

The first few months after I was transferred to the ICV Project Team were really hard for me. I had zero knowledge – really, I didn’t have a clue. I tried to find out what I could, but wearable cameras weren’t a common product yet, so there was no way to find information on them. In the end I had to ask other people for help, but everyone around me seemed super busy, and I started to get daunted. I was in a hurry to learn and get to grips with the new technology as soon as I could, but that was hard because I couldn’t always call on colleagues and so I basically had to think by myself. When I finally talked to my boss about it, he made some changes to help things go more smoothly, and from then on I was able to proactively ask other people for help.

Looking back, it was really tough, but I managed to see the project through. I also got the chance to be involved with the latest wearable camera, the BWC4000. The experience ended up giving me a lot of confidence in myself.

When you see an American police officer on TV, do you look for the BWC4000?

I do [laughs]. I think it's the same for everyone who works for i-PRO – when we see a video image, we look at it and wonder if it was taken with one of our cameras. I can tell right away if it's not one of ours, and sometimes, I can tell that it is. 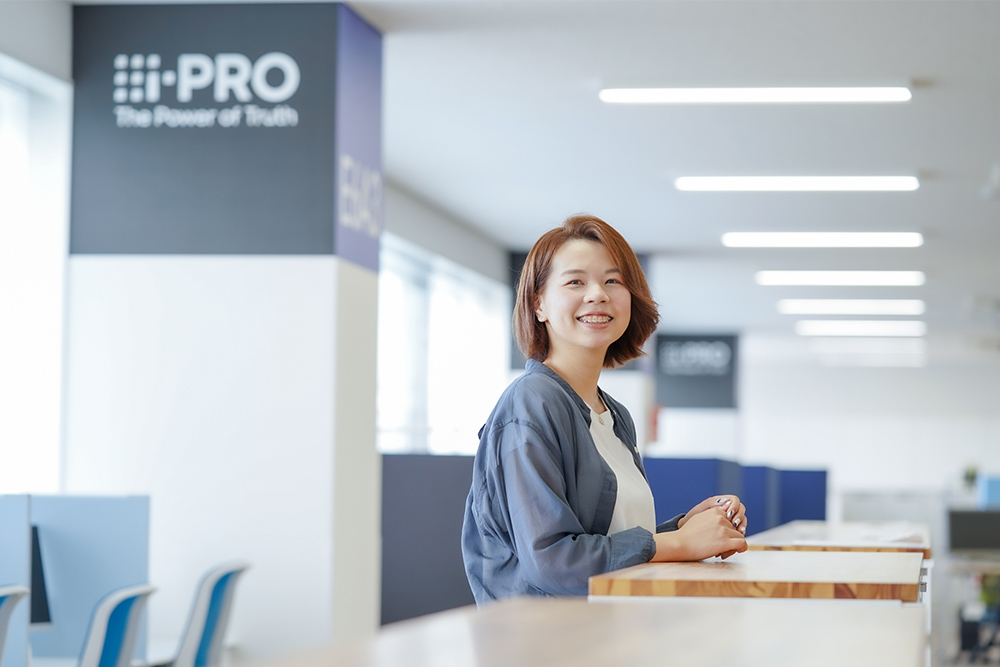 The Technology Partner Development Department, where I’m working now, has a very important role to play in developing i-PRO’s AI cameras for the future. Its mission is to identify and support the vendors who develop the apps used in our cameras. Everyone on the team is very quick on their feet: when we find new technologies, we tell our partners to keep sending us proposals, and we’re always talking to vendors. I can't go and see vendors right now because of the COVID-19 pandemic, so I get in touch with them via video call.

We used to have to turn down niche requests because they weren’t profitable, but I'm glad that now we can accommodate those niche markets by having vendors create apps for us. A lot of apps are being developed overseas but there are still very few Japanese ones, so we’ve been talking within the department about how we can get more apps available and create an app store. When we want to do something, we look for apps and think about where we could get by putting them together. We’d like to get a wider variety of apps out there to maximize that potential.

I think i-PRO is ahead of other companies in terms of its AI camera offering. You might say that the future of AI cameras will be determined by the apps they come with, so we want to put our AI cameras ahead by using apps to jump-start their capabilities.

The AI camera market is only set to get more competitive. What’s going to give i-PRO the edge?

I think our edge is the quality of our products. In terms of image resolution, I think i-PRO is definitely ahead of the competition. In Japan, without good quality, you can’t even step into the ring. In other countries, though, the mindset seems to be that slightly lower quality is okay – there, price and ease of installation count more. But I still believe that quality is i-PRO's calling card and strong point, so I’d like to promote our products even more to the point where they get recognition outside Japan too.

Finally, tell us what you see yourself doing in the future.

Since joining i-PRO, my goal has been to become an engineer who listens to customers’ voices and reflects them in our products. Right now, I’m trying to decide whether I want to be a technician or a software engineer who bridges the gap between customers and technicians.

Even if I do become an SE, I don't want to give up on being a technician completely. I still want to be able to talk about technology with customers on an equal footing, and I want to be the kind of SE who knows what technologies to propose in response to customer requests.

In my current role, I study different developers’ technologies, gain exposure to global approaches, and think about the potential of niche ideas. That’s what I’d like to use as a springboard for my future career. 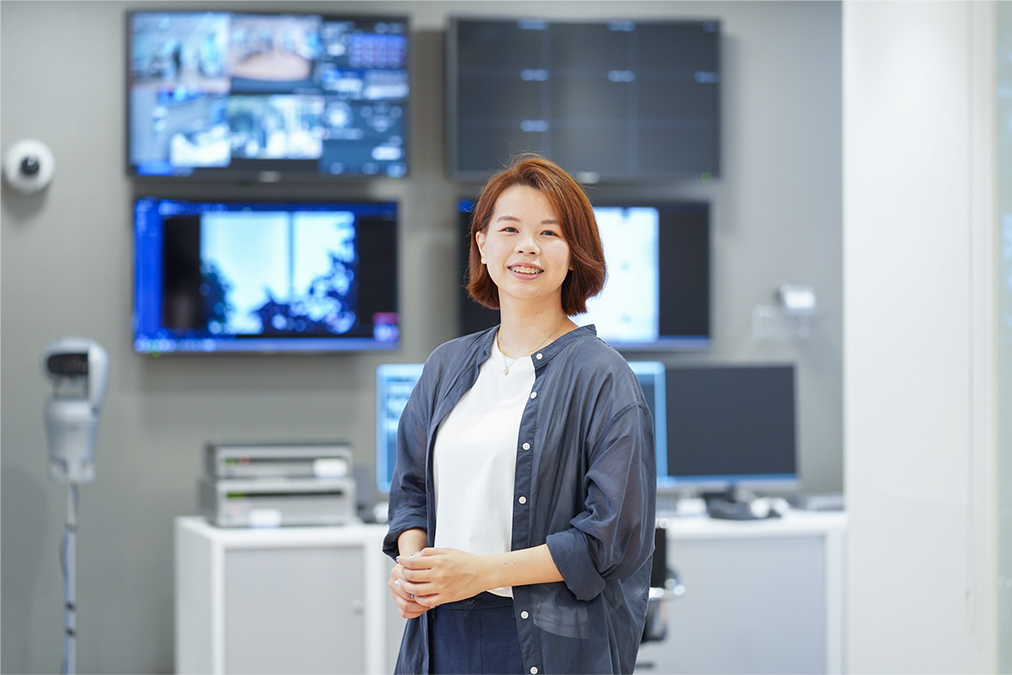 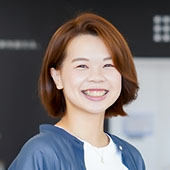 Sakito joined Panasonic System Solutions Japan in 2016, in charge of performance evaluation and system testing in the Advanced Development Department. She was transferred to the ICV Project Team in 2018 and worked on two projects as software leader. In 2021, she moved to the Technology Partner Development Department. She currently lives in Saga Prefecture, where she grew up, and cooks dinner for her family of four every night.