By Facing Repeated Challenges, I Want to Grow as an Engineer

Kento Maekawa joined i-PRO about a year ago, having come from a tire manufacturer. His company was diversifying its business, and he was in charge of developing components and systems for residential plumbing. Before joining the company, he’d studied aerospace engineering at university. It appears that he experienced a variety of fields, and after many twists and turns in the road, he ended up at i-PRO. Still, a clear thread runs through his career as an engineer. 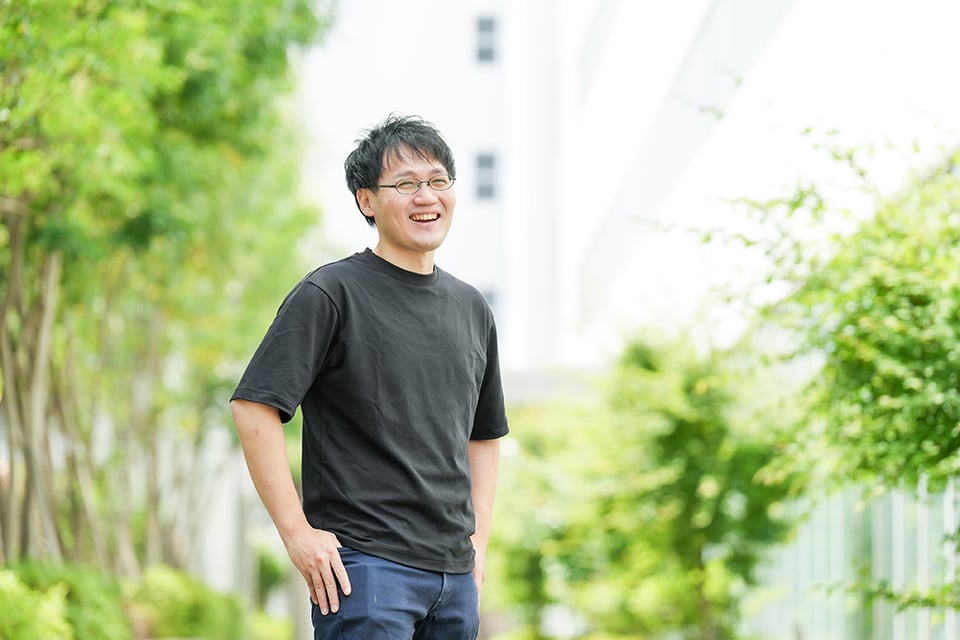 You joined a tire manufacturer right out of university but were assigned to the residential plumbing department. What was your specific job description?

Water is run behind walls, under the floors, and in the ceilings of houses, isn’t it? Nowadays, plastic pipes are used instead of metal pipes. The pipes are not connected with metal screws, but with plastic parts, and since the pipes are installed in various locations, we made the necessary parts according to the location. I often visited the installation sites.

That company can never make a new product that uses electricity because the risk of accidents and death is high when electricity is used. However, I thought that I would grow as an engineer if I could design products that used electricity, so I switched to i-PRO.

It’s been almost a year since you joined i-PRO. How have things been going?

i-PRO requires lots of detailed paperwork. It was confusing at first. I feel this level of detail is unique to the electronics industry.

The internal structure of the company has also changed, and there are various new systems and software. This is not to say that there are no problems. But I can tell the people in charge of the internal system are working hard to make it a good one. Installing new software is also hard work. We are in the process of making changes, and I believe that once we move past that point, the work will become easier.

Do you find it difficult to speak up when you feel dissatisfied?

I am not very good at that, and it’s not my personality type, but I don’t understand the “now” of the company, so I think I need to learn from that. I know that there’s a movement to change the company in a positive direction, and I want to be a part of it, but I can’t get on board because I don’t understand the company’s sense of the present in the first place. When I first joined the company, there were times when I thought, “I don’t need this,” but as I went about my work, I found out that it was actually necessary. Even if it seems unnecessary to me, it is needed somewhere, so we cannot eliminate it. At i-PRO, we are currently trying to get rid of certain things, but it is very difficult to do. First and foremost, I need to know "now". 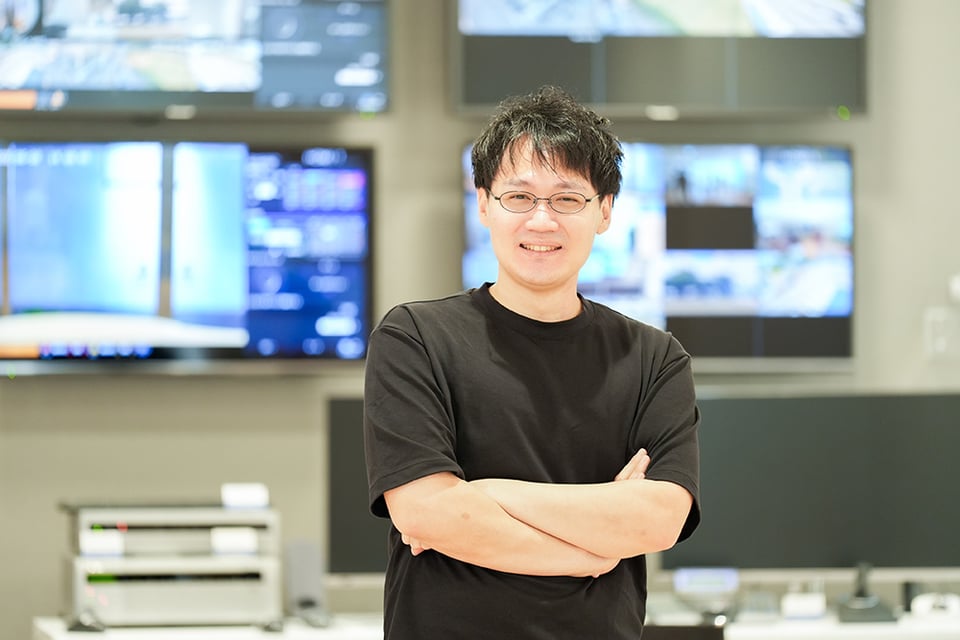 After joining i-PRO, you joined the Corporate Technology Organization Practice. Please tell us about your specific duties.

I’m in charge of accessories in general, such as the fittings used for installation.

i-PRO places great importance on the ease of installation of these accessories, and we are trying to give them a competitive edge over other companies. In the past, it seems that the camera designer did all the work for the accessories as well, and the fittings were individually produced for each camera. That would have resulted in many different sizes and types. Instead, we started separating the accessories from the camera design so that it could be shared by multiple products, with a few specific people to look at it on a cross-divisional basis. Now, I am the only one specializing in accessories.

When I actually took charge of accessories, I was often puzzled. I have been visiting installation sites for a long time, so I have a general idea of what is required. But I hit a wall with electrical regulations and such. I was completely in the dark about local certifications.

Surveillance cameras are expected to be installed in many different places, and there seems to be a lot to learn.

For accessories, you have to envisage where and how they will be installed from the design stage. For the reason, I try to look for cases of actual installations on my way to work. For example, the Hakata rail station is full of surveillance cameras, so I look at them and think, “I wonder how they are installed.” It seems the installation methods in other countries often differ from those in Japan, so it would be nice to be able to see those at some point in the future.

i-PRO Gives You the Chance to Step Up 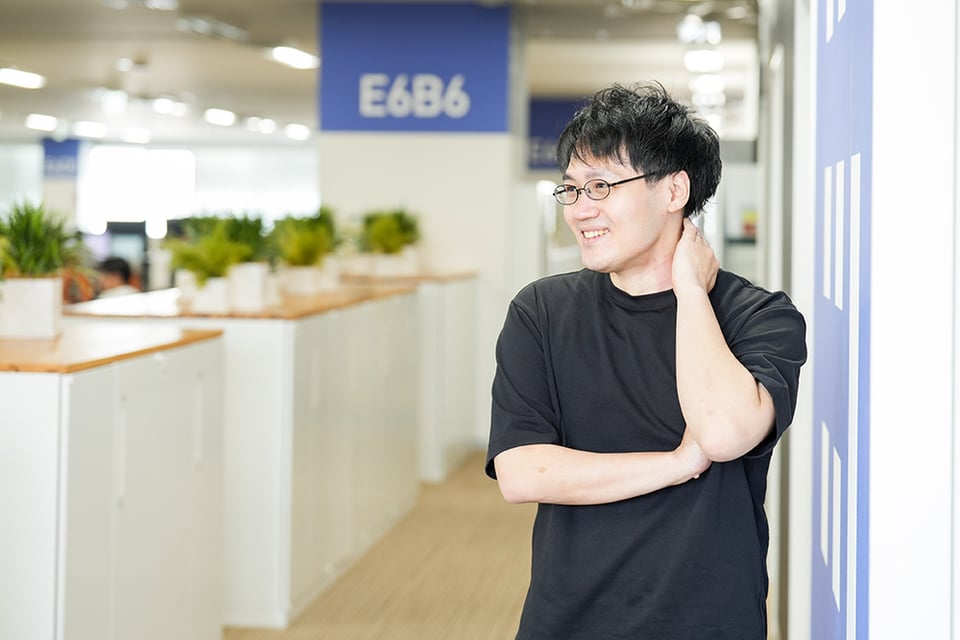 If a hardware project is generated every time a new camera gets developed, you will get busier and busier.

When I joined the company, I hadn’t worked on design yet, but I have a project coming up to design accessories for a camera that will be developed in the future.

The schedule is to complete the hardware design in two months. We are trying to speed up development within i-PRO itself, which is called “engineering chain reform.” As part of this, the schedule is quite tight. But I can feel the enthusiasm of the entire company to create new products in a short timeframe.

However, accessories require fewer development steps than cameras, and they have no processes that can be eliminated, so it’s harder in the sense that the development period has been shortened. Also, if the attachment part of the camera itself has not been completed, the designs for the accessories’ attachments can only be done in a vague manner. We can proceed where we can, but there are areas where we also have to wait for the camera, and that may also be difficult.

What kind of projects will you be involved with in the future?

It’s not included in this particular project, but in the future, electricity might be incorporated in the design element of accessories. It’s hard to suddenly be put in charge of this project, so I’m gathering information little by little, asking the people who are designing the cameras. I have not been very familiar with things that are driven, so I would like to gradually work on things like mechatronics.

I originally chose i-PRO because it offered a field in which I could grow, but now that I have joined the company, I feel that it is a company that gives me the chance to learn and step up, and I am sure that I made the right decision.

In my case, it’s not that I want to make something in a particular way. I think it is enough to create what the customers are looking for. As an engineer, I would like things to be done in a certain way, but I don’t have a vision yet for the company. That’s why I really want to respond to the detailed requests of the customers who use our products. The customer who use the products come first.

Born in Iizuka City, Fukuoka Prefecture, Maekawa studied at the Department of Aerospace Engineering in the Faculty of Engineering at Kyushu University. After graduation, he worked for a major tire manufacturer, where he oversaw developing parts and systems for residential water supplies and drainage equipment. In July 2021, he returned to Fukuoka when he joined the former Panasonic i-PRO Sensing Solutions. Since then, he has been responsible for surveillance camera accessories at the Corporate Technology Organization Practice. His dream is to live in a single unit house and build a biotope in his garden.