Taking the Next Step by Improving My Sensitivity

Since her years at university, Mikako Kurihara has been improving her English skills to work with people overseas. Currently, she’s the overseas sales representative in charge of Canada and Oceania in the S&S Division. Through close communications with and support from staff members at the sales companies, she has steadily gained experience. As i-PRO’s new product rollout cycle picks up speed, Kurihara has been tackling new challenges to increase the number of i-PRO enthusiasts and develop her own potential. 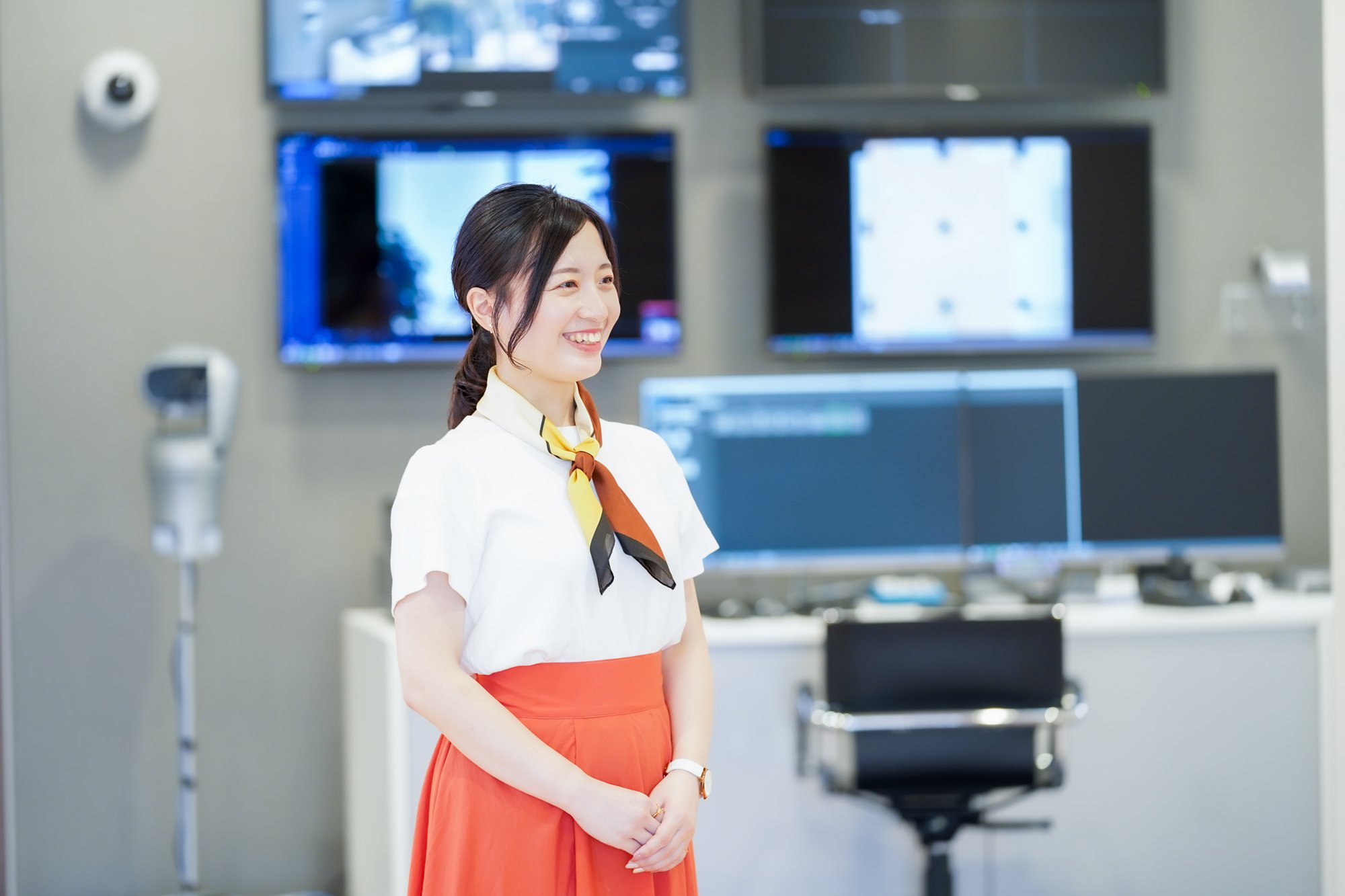 What did you study at university?

I majored in economics, learning economic theory in English. At the time, I wanted to work with people from overseas, so during my undergraduate years I also studied in Manila, Philippines.

After I came back from my studies abroad, I had an opportunity to serve a two-week internship just around the time I was starting my job search, and was deeply impressed by a man I met at that time. He was nearly 50 years old and had been with the same company for more than 20 years. I thought it was wonderful to work in a company where employees could shine at their jobs. That was the deciding factor in my own search for an employer.

Immediately after you joined the company, you were assigned to a department that worked overseas, which you’d been hoping for.

The year after you joined i-PRO, it became independent from Panasonic. Have you noted any changes since then?

I strongly feel we’ve become more flexible than before. Instead of saying, “There's no precedent, so we might as well give up,” we now say, “Let’s give it a try.” I feel the company has changed, and I’m excited when I think about how far i-PRO will grow in the future. 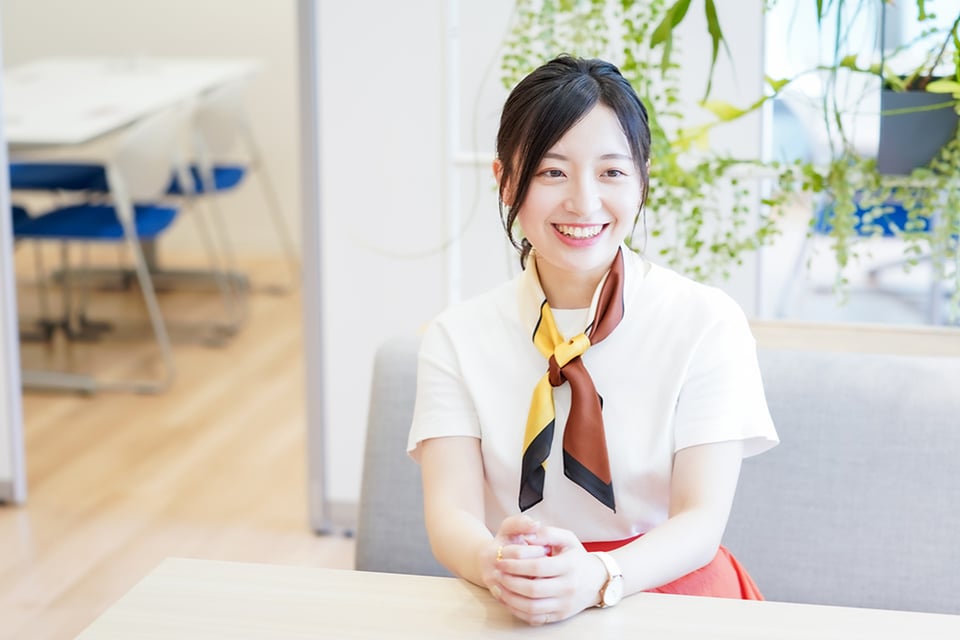 What kind of things do you bear in mind when dealing with people overseas?

It’s not just limited to people overseas. Even if I don’t receive any outward praise for what I do, I try to be proactive when doing things, as long as what I do helps others in some way.

Once, when I had an opportunity to meet a sales representative from a Canadian sales company for the first time, that person complimented me, saying, “Thanks to you, Ms. Kurihara, our sales policies and delivery arrangements with the factory have been going well.” This made me realize that some jobs I do almost routinely can have a ripple effect that I hadn’t realized, helping others and earning their appreciation.

What are some of the most memorable experiences you’ve had working overseas?

I’ve been working in Canada for a while now. Canada has a lot of extremely cold places, and it was common for security cameras used there to freeze up and generate obscured images. You might want to analyze something, but if the camera doesn’t function, that will wreck the whole system. Based on this, we received a request from a customer for a camera that would not freeze, even at minus 30 or 40 degrees Celsius. However, this could not be achieved with the existing technology. Finally, after more than a year of efforts to develop new technologies and adopt technologies from outside, we came up with a product and launched it June 2020. I was really happy at that time.

So you might say there’s also an aspect of being taught by your customers?

That’s right. Because this product was made for a specific customer, we received detailed feedback when proceeding with each specification. There were times when the comments were critical—such as, “This is still not good enough.” And there were times when technologies we thought would operate well did not work as expected. In the end, we were able to meet the customer’s request after the engineering team put their heads together and came up with solutions.

What strengths do you think i-PRO brings to the overseas market?

The human power of our local staff. Their individual abilities are very high, and that leads to good teamwork. In Canada, we have two sales people in charge of the entire country, and we have strong people-to-people relationships. There are customers who say, “I’ll buy it if you, the sales person, say so.” There is certainly a sense of trust in our products, such as their durability, but I think our greatest strength is that our staff members apply their human power to provide solutions to customers’ problems.

Bringing a Heartfelt Approach to the Sales Front 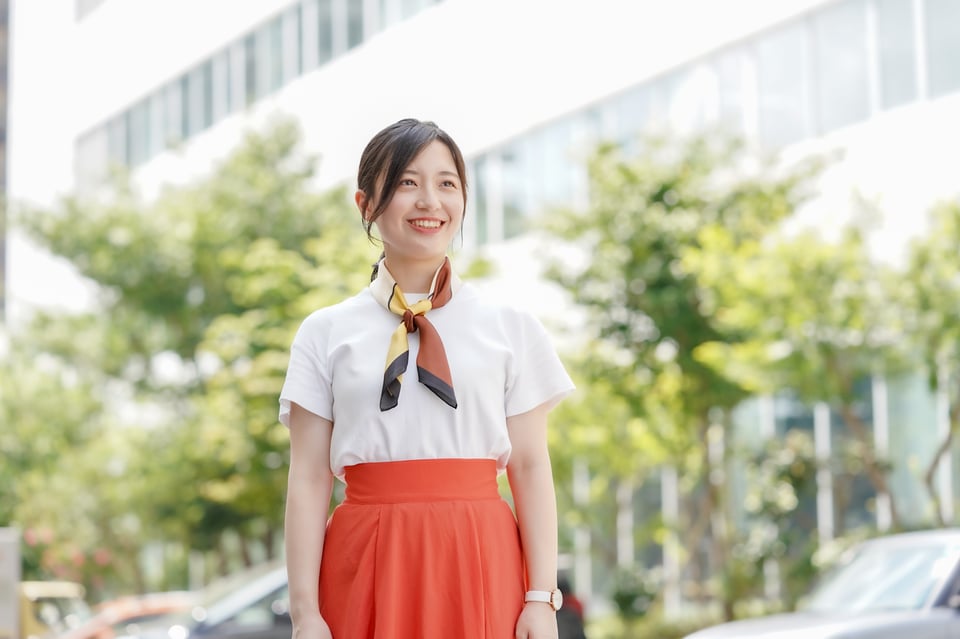 What do you see as some of the challenges facing i-PRO?

I think that we can further strengthen our sensibility in the future. Along with our current strengths, of being able to correctly explain the excellence of our products on a theoretical basis, I think it’s important to appeal to people in a way that moves them on an emotional level, leading more people to become familiar with i-PRO.

In the future, when “Panasonic” is removed from the company name and people ask, “What is i-PRO?” I think appealing on a personal level will be an essential quality. The first step, I think, will be to give this impression: “I don’t know the specifics, but it looks like they are going to come up with something amazing.” As a result, if the customer comes to us, I believe that i-PRO will definitely be recognized because of the theoretical results of our design philosophy and product reliability. So, I think we’ll need to work harder on the “first step” in the process.

Have you made any initiatives on your own that make use of your sensibility?

I’m working on the production of a concept video to support sales companies and sales members. This is one of the key initiatives for this fiscal year. As i-PRO will be launching a succession of new products, our overseas sales team concluded that we will need to communicate information more quickly and clearly.

In addition to training and Q&A sessions to help sales and marketing team members feel confident in selling our products, we’re also creating a full set of new tools, like the concept video I’m working on, to support them.

i-PRO might be a champion in Japan, but it’s still a challenger overseas. Therefore, we need to sway people who have been using other camera manufacturers and persuade them to use i-PRO products. I’m trying to make a useful concept video that I hope will be a powerful weapon for this purpose. It’s proving quite difficult to make a satisfactory one, though.

You’ll need to improve your own sensibility as well.

Firstly, I want to start studying and acquiring knowledge about design. I’ve always enjoyed artistic experiences at museums and places like that. I’d like to create situations that will stimulate my own sensibilities.

Ideally, I’d like to be able to sell products that will move without the sales representatives having to devote great efforts into pitching them. I’d like to apply my sensibility to create materials, such as printed documents and videos, that work toward this purpose, to communicate the merits of i-PRO through these materials. 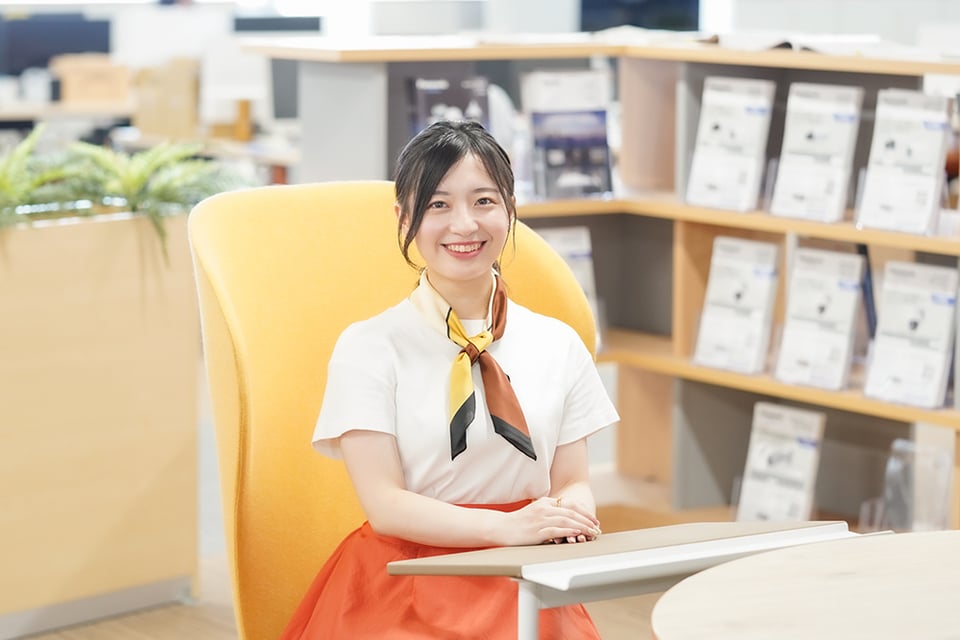 Born in Hiroshima City, Mikako Kurihara later attended high school in Osaka. After graduating from university in Tokyo, she joined Panasonic Corporation Connected Solutions Company in 2018. After serving as deputy in charge of the United States and Canada, she became responsible for Canada from 2019, and Canada and Oceania from 2020.