Yasushi Mizumachi, who is currently assigned to the Optics & Image Quality Module Development, made the move to i-PRO from an optical equipment manufacturer in July 2020. Mizumachi, a native of Fukuoka City who attended high school there in Hakata Ward, told us he “felt a sense of fate that a company in Hakata Ward was recruiting for jobs in optics.” We talked about things with Mizumachi to find out what direction this man—who is not only an engineer but who considers the business from a bird’s eye perspective—is headed.

Changing jobs to make better use of optical knowledge 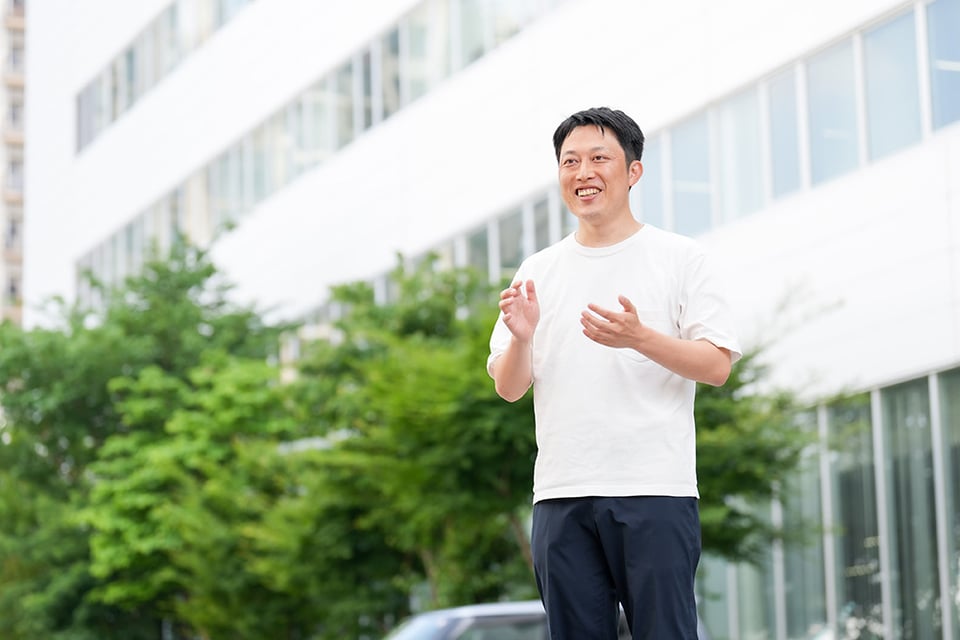 Since your previous job, you’ve been working exclusively in optics. To us, “optics” sounds complicated, but do you find it interesting?

That's a good question (laughs). I haven’t been able to get to the heart of the technology, but one thing I have found is that the gap—that between the combination of “beautiful, theoretical formulas about light” and “coarse processing and adjustment techniques”—is fascinating. It also interests me to be able to control light that cannot be captured by the human eye.

What inspired you to make the move to i-PRO?

At my previous job, I was responsible for developing the pickup lenses used in DVD players, CD players and game consoles. However, demand for lenses in these devices was declining year by year, primarily due to the shift to cloud-based data distribution for video, music, and video games. The low sales frustrated me, despite all my efforts to concentrate on developing lenses. That was the main factor in my decision to change jobs.

You joined i-PRO the year after it was independent from Panasonic. What was your state of mind at that time?

I was ambivalent—I felt both anxious and hopeful. First, I was anxious about what would happen if the company failed financially because of the independent, as my livelihood would be impacted. On the other hand, i-PRO was about to undergo major changes, so I was hoping that by joining the company and applying my skills, I’d be able to make a significant contribution.

To be honest, there’s not all that much difference. Digital cameras and cameras in smartphones are designed to generate images for people to see and enjoy, so you want the images to be undistorted. For surveillance cameras on the other hand, distorted images are acceptable if they have evidentiary value. There are times when we need to prioritize, such as when capturing an extensive area for example, even if that means sacrificing a precise view.

What exactly does your work at i-PRO entail, in terms of optical design?

Among all the optical lenses in the world, we select those most suitable for the target product. In addition to performance and price, it’s also essential to consider maintaining stable procurement. We adjust the selected lenses to the order of a few micrometers, mount them in the camera, and devise technologies to cope with a variety of lighting and environmental conditions. Once a product is completed, a number of unforeseen defects can occur, so another key task of the optics team is to identify the causes of defects through experiments and simulations, and to solve problems through extensive technical negotiations with the component producers. 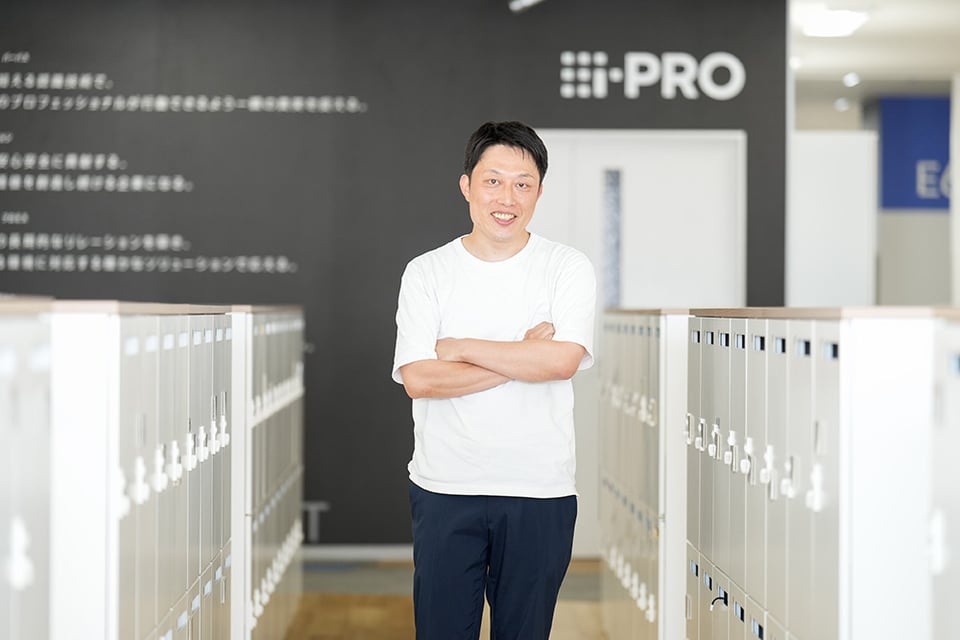 i-PRO boasts the top share in its domestic surveillance camera market but is still something of an up-and-comer in markets overseas. What do you think will be the future challenges in terms of expanding overseas?

We analyze other companies’ products to keep abreast of the leaders, but even if we catch up with last year’s technology, that won't make up for any lapses. I believe that i-PRO needs to take this perspective even further. To stay focused, we need to be broadly prepared, even if some efforts fall short. By being prepared, we can respond immediately when competitors come up with something new.

I think on average the engineers at i-PRO are highly capable. However, rather than being engineers with extraordinary abilities or those familiar with the best technology in the world, my impression is that there’s a heavy concentration around general skills, so I think we may still be a little weak when it comes to diversity of experience.

I don’t think it’s easy, but I believe it’s necessary for salespeople to spend time with the development department, for development people to engage in sales, or for staff members to initiate product planning on their own with an eye on the future.

What’s your view of the corporate culture?

I think communication with my boss is very polite, and we are all good at working as an organization.

However, considering what I said earlier about being broadly prepared and accepting that some efforts may fall short, I think that employees need to be accorded a certain degree of freedom. If we’re organized too tightly, it can be difficult to prepare for a wide range of situations. I think it is also important for supervisors to allow their subordinates to act with autonomy.

I would like to add something about the culture of the company. I was trained in a Spartan style—what we call the Showa-era style—and it is still ingrained in me. There are two axes in work—quality and quantity—but of the two I believe that quantity is more important. Generally said about efficiency and DX (digital transformation) in many contexts but I always say the quantity of action is absolutely required. There may be situations where my personal style doesn’t conform with i-PRO’s disciplined way of working (laughs).

i-PRO’s True Strength Is in Its Current Customers 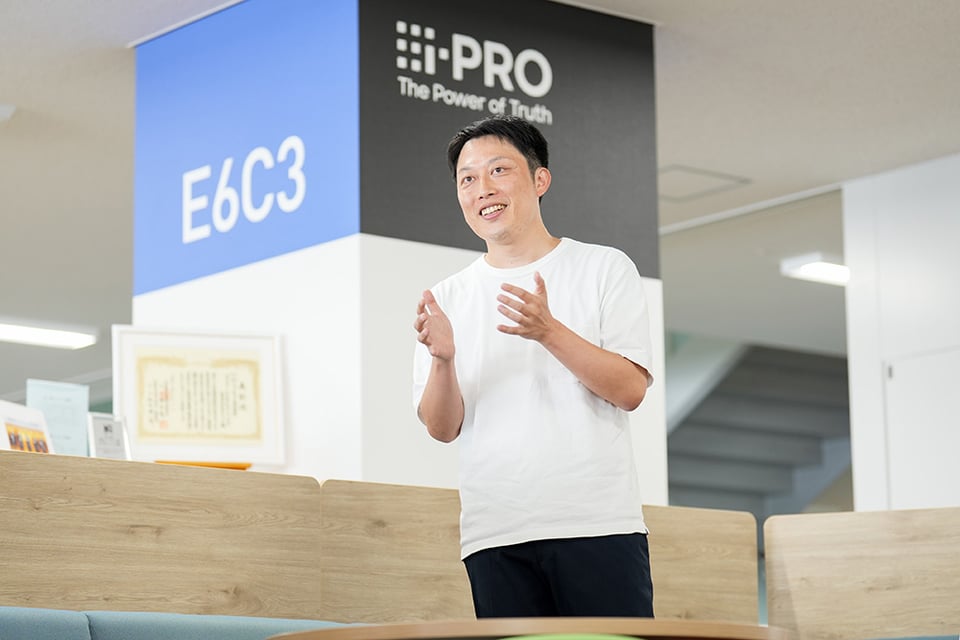 What do you see as i-PRO's advantage?

I think that having customers gives you a great advantage. It means when you create a new product, technology, or service, you don’t have to start from square one—you have access to existing customers. New manufacturers, no matter how hard they try, have a hard time accessing customers. i-PRO has a foundation of trust and business built by its predecessors, and I believe this is a great strength.

However, I also think that i-PRO needs to catch up with the diversity of needs that customers are now demanding, and the speed with which they want those needs to be met. If we can meet these needs, we’ll achieve even more.

This means that we, including the engineers, need to spend more time with existing and potential customers, listening to what they have to tell us.

When I was involved with in-vehicle cameras, I would visit not only automobile manufacturers, who were our key customers, but also car dealers in the city. I asked them about how drivers were using the cameras and if they had any problems. Naturally, more than 90 percent of them reacted to me suspiciously (laughs). But when I told them honestly that all I wanted was to ask them about in-vehicle cameras, some were kind enough to share their thoughts, and I recall feeling extremely grateful.

Even now, I still believe that opportunities to learn about customers’ needs and pick up technical hints must be created by oneself. There are still not that many people who manage to generate new customers or find suppliers on their own. That may be an issue.

The most important thing is to pay attention to the customer’s voice; and the second thing is to find out, through interviews, what the customer really wants—things they might not even be aware of themselves. Technical staff also need to pick up these skills, and be able to ask, “So you're saying this is what you really want to do, correct?” We can make proposals by verbalizing our ideas. But you can’t create successful proposals without understanding the customer’s flow of operations, so it is important to get to know the customer better than anyone else. 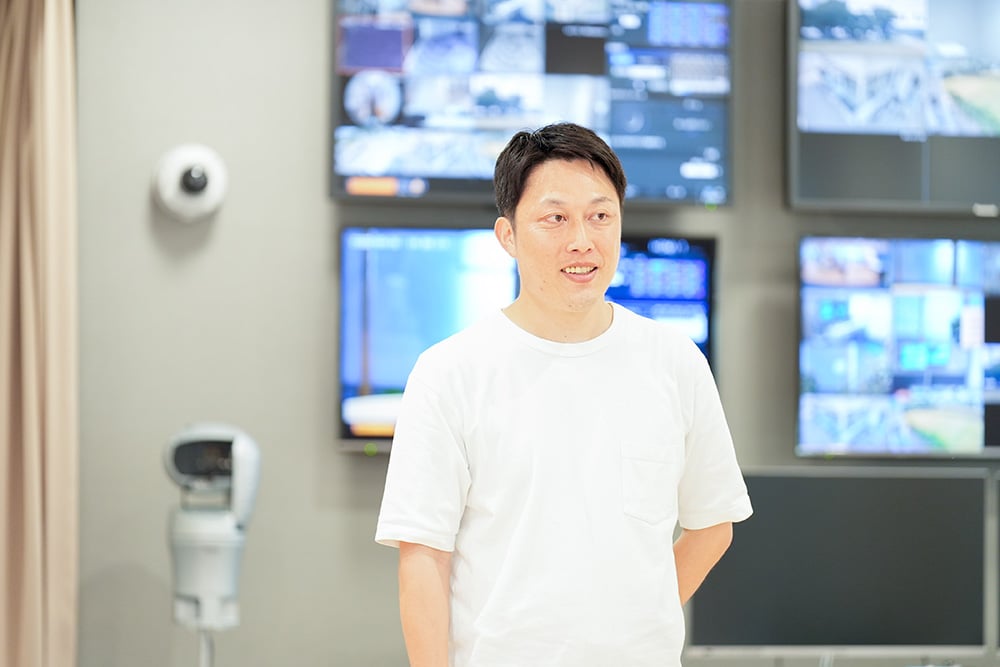 What do you see the future developing?

For example, in the nursing care field, some patients suffer from dementia in addition to other illnesses. Some people are researching the use of sensors to capture patients’ facial expressions and eye movements, transposing them with pulse rate and other health data to quantify them. We hope that we can reduce the burden on caregivers by making patients’ feelings a little more visible. I hope to create something like this, which will meet people’s needs—something that will make them react by saying, “Wow!”

We have to deal with "game change."

I try to create opportunities to meet with people outside the company. I go out for drinks with people from various backgrounds, including staff at large corporations, venture companies, and people of any ages and industries. It’s often interesting to talk with entrepreneurs who have perspectives that I don’t have today. One time, I asked one honestly what it takes to create a new venture or business. I asked, “How can you perceive change and adapt with it?” And he replied, “I’m just adapting to change because I can’t live without it, not because I’m expecting it. I always have my antenna up, but that is because that’s the environment I’m in, not because of my ability.” It felt very right to me.

At i-PRO, we look ahead, prepare extensively, and make predictions. From there, we would like to use this process to decide what to do this year and what to do next year.

Finally, what are your hopes for i-PRO?

I hope to see i-PRO become the kind of a company that people want to join. The attraction may be in the form of rewarding work, growth opportunities, salary, environment, benefits, and many others. But it also means that people would say, “Mizumachi’s there. I feel like I could work with him. I’d like to work there too.”

To be honest, I don’t know yet if I made the right decision to join i-PRO, or if I would have been better off working somewhere else. But I hope I’ll be able to try various things and have fun, and I hope that people will see this and feel motivated to work with me. 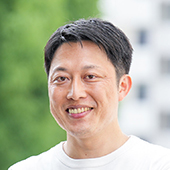 Yasushi Mizumachi lived in Fukuoka City until high school and moved to Tokyo when he entered university. After graduation, he joined an optical equipment manufacturer in 2007. In July 2020, he joined Panasonic i-PRO Sensing Solutions (the company’s previous name), where he was involved in the development of optical components for security cameras. His hobby is long-distance cycling to out-of-the-way places. After joining i-PRO, he invited his colleagues to join him on a cycling excursion from Fukuoka City to the scenic Itoshima Peninsula.